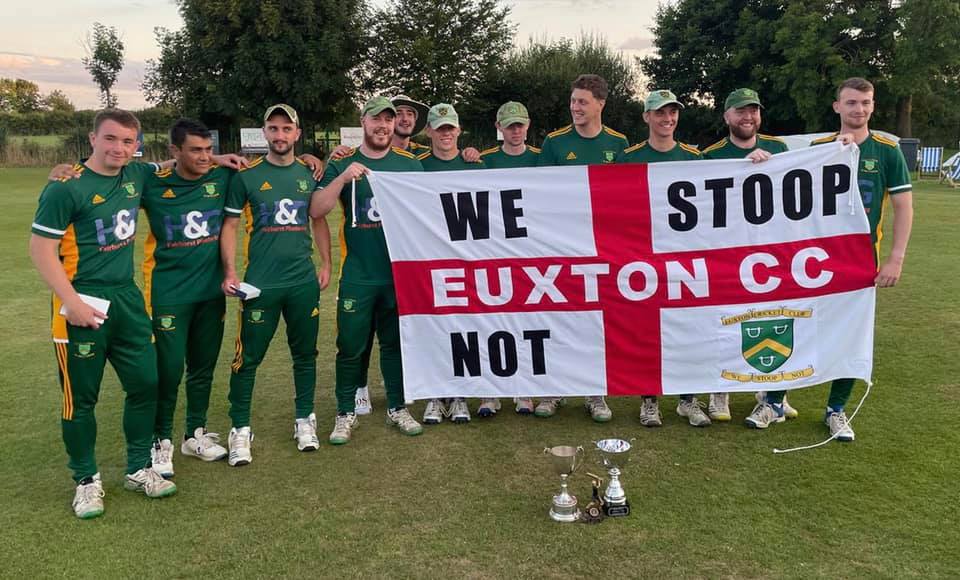 In the first Semi Final, a Blistering century from Imran Mehmood saw Preston edge out Longridge. Mehmood took the game away from the ridge scoring 102 off 47 balls with 11 sixes.

Euxton defeated Fulwood in the second game. a 139 run partnership between Ben Houghton and James Bone set up Euxton with an excellent 199 score. James McWilliam scored 74 in fulwoods reply but they fell 25 short.

In the Final, Euxton won the toss and elected to bat first. Captain James Bone led the charge scoring an magnificent 98 from 54, before youngster Adanan Miakhel stole the show blasting 62 from just 22 balls to help post 235-8.

In reply, Preston tried to keep up with the rate, and a number of batsman got starts, however with the rate always in excess of 10s, wickets fell often and Preston could only manage 184 in reply. Euxton won by 51 runs.

Many thanks to the umpires, scorers and Gt Eccleston members for their efforts on the day. Special Mention to Jim Proctor who produced an excellent wicket which saw over 1000 runs scored accross the day.

Back on June 5th, Euxton CC had a remarkable day, breaking both the Division 1 and Division 4 Innings totals on the same day!.

Apologies for only highlighting this now but there has been a bit going on ;) 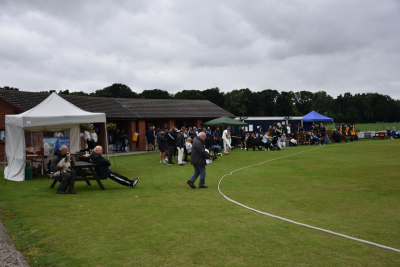 The Crabtree Cup Final was held yesterday at Rufford CC

The Finalists were Penwortham and Fulwood & Broughton

Steve Lodge won the toss and invited Fulwood to bat.

They made a decent start with F & B Captain Alistair Mews scoring 33 and Muhammad Zaid 14.

Things changed when James Walsh was introduced into the attack. James bowled very well and claimed 4 for 33 from his 8 overs.

Khalil Patel added 24 but Fulwood were dismissed for 133.

A welcome return to teas were excellently provided by Rufford CC

Penwortham had a disastrous start losing their first 3 wickets with only 6 on the board.

A partnership between Harry Cox (33) and Issac Richardson (47) swung the tide in favour of Penwortham.

And only Adam Salisbury with 17 added a real contribution.

Until the final over the game could have gone either way but F&B triumphed by a mere 3 runs.

An excellent game played by two friendly rivals in a first-class game.

Yesterday, Preston's Sunday Team smashed the Competition record for the highest innings total. What is more extrordinary is that their score was from 40 overs rather than the 45 that the previous record set, Fulwoods 401-9 in Div 3 in 2015.

Preston scored 421-9 in 40 overs. Two players Rehan Javid and Suhel Patel Jr did most of the damage combining for 29 sixes before both retiring once reaching 150.

The Scorecard is here - https://palaceshield.play-cricket.com/website/results/4653286

You can checkout the competition records here - https://palaceshieldcricket.co.uk/index.php/historical/seniors/competition-records

An excellent 5for 42 by Skipper Ashley Billington sealing victory

Sound on the Ground comes to Blackpool

2 Days left to Have Your Say