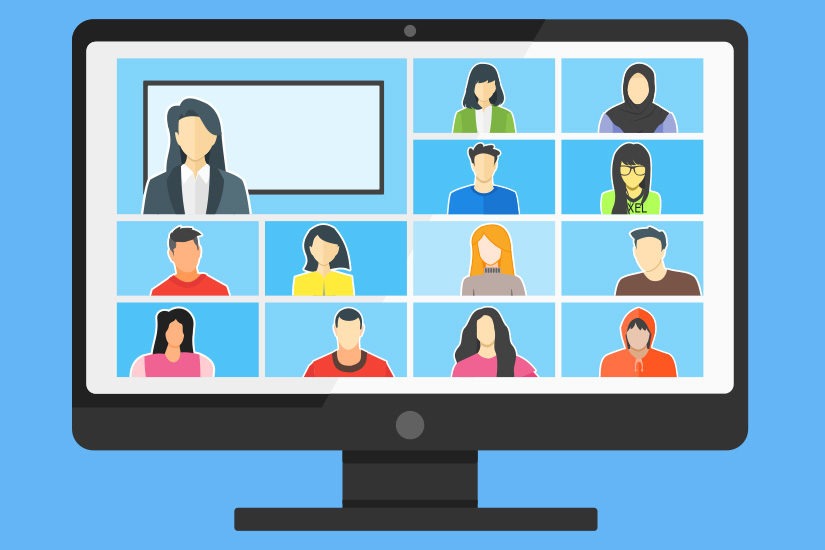 The meeting was held via Zoom due to the COVID restrictions in place and opened with Rob Hales explaining how the meeting would work and how delegates could get their points across.

1. Chairman’s Address Peter started by mentioning that a number of people associated with the competition has passed away since we last met.  Included in these were Chris Clegg, a former chairman of the umpires panel and a Life-Vice President, and Terry Wilson who had done much for Leyland CC over many years.  The meeting held a few moments in silence in memory of all those lost during 2020.

Peter thanked everyone for their efforts in getting some cricket played in the 2020 season.  We had only started on 18th July and had only been given short notice prior to that so it took a great deal of effort from the Exec along with the Northern League to set up the fixtures and from the clubs to be able to stage games.  It was thanks to all that we had managed to run the 4 Saturday competitions, 3 Sunday competitions and the junior section with minimal disruption in the circumstances.  Hopefully, 2021 would being some improvements to the situation and we would be able to start in April with something close to normality.

2. Apologies and Roll Call Apologies from Trevor Wilde, John Conway, Steve Beswick and Dave Rolinson (Thornton Cleveleys).  No roll call was taken but there were 46 attendees from ost clubs and the Exec.

3. Minutes of the AGM on 9th December 2019 had been distributed and were taken as correct.

4. There were no matters arising.

5. Treasurer’s Report The balance sheet had been distributed and Paul explained the figures.  Due to the shortened season, income from sponsors was greatly reduced.  We had also reduced the league fees to try to help the clubs in a difficult time.  There was also reduced expenditure meaning that we were still able to make a small profit of £715.  It was thanks to the continues support of Moore and Smalley and Readers that the finances were in such a healthy state.  The accounts were passed as a true record.

6. Budget for 2021 It was expected that the figures would return to close to the 2019 amounts although it was less certain than in the past.  The Exec had considered the position over the handbook and decided that, in the current circumstances, it would be safer not to publish a handbook for 2021.  Any details could be out of date almost as printed – and had the 2020 lockdown come a week later, we would have been £2500 down.  We would review at the end of the season to decide on whether a handbook would be required in future and, if so, what format we should look at.   The budget for the coming year was approved.

7. Elections The President took over for this part of the meeting and started by thanking John Ball, who was retiring as fixtures secretary after 22 years in the post.  The job had changed in many ways during John’s time and he was thanked for resolving all the issues that arose and leaving a healthy working system for anyone to continue with the job.  Joe proposed that John be offered a position as a Life-Vice President and the meeting unanimously approved this.

There were no offers to stand as Fixtures Secretary so the position would be left open and the remainder of the Exec committee were re-elected en bloc.

8. Sub-Committees Steve Beswick for Disciplinary Chairman, Phil Houghton for Rules Chairman and John Conway for Grounds Chairman were all elected.  David Jenkins was to stand down as Appeals Chairman.  There was no offer to stand as yet but someone was to be approached.  With no other offers, the position was left vacant for the time being.

9. Rule Changes There were 3 rule change proposals.  These would be voted on using the Zoom polling as 1 vote per club and, if there was a clear decision either way, we would accept this as the result.  The votes were as follows:

9.1 Allowing Sunday teams into the Crabtree Cup – carried with 79% in favour

9.2 Allowing clubs to withdraw teams from the cups in any order – carried with 64% in favour.

10. Saturday Divisions Fixtures had been sent out in draft form.  As no issues had been raised, these would now become the full list.  Some games were TBC (to be confirmed) and these would need to be moved to a new date / venue.  Instructions and deadlines for doing this would be sent out with the fixtures.

11. Sunday League Entries had been asked for the Sunday competition and clubs were given until Christmas to confirm.

12. 20/20 Competitions As with Sundays, clubs had until Christmas to confirm.

13. Dates of meetings etc The cup dates and final details had been circulated.  Meetings were more difficult to sort out as we did not know when they would be allowed.  It was felt that the Zoom format has worked quite well for this meeting and many club committees were meeting like this so it may need considering when to ask people to come to a central point for a meeting rather than meet on-line.  For now, there would be no set dates and any meetings would be arranged as required.

A concern was raised about the LCF proposals for a Pathway to Cricket which seemed to suggest that parents would required to pay in order for their offspring to be considered for the Pathway.  This did not seem right although the LCF and the pathway were still in early stages so we would need to see how it developed.

Croston would be our entry for the 2021 National T20 Plate

Cricket ball ordered would be done on-line via a link to be sent out – we had waited until the AGM to see what the decision was on the Pink Balls for T20.

The registration tidy-up would go ahead at the end of December so any club who had not repled should do so as soon as possible.

The President wished everyone all the best for Christmas and especially for the 2021 season and some hope of normality.  The meeting closed at 8.35.

More in this category: « Chairman's Bulletin Cup Rule Reminders »
back to top