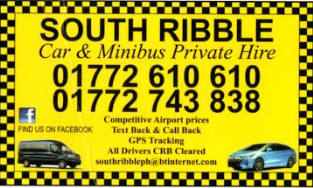 Junior players  (BOYS) who attain the age of 10 years before 1st September of the year preceding the year in progress, will not be able to play in any round of the competitions. Girls a year older are permitted to play in the U10 Competition.

Team managers to exchange team sheets prior to the game. The team sheet to show each players full name as registered on the play cricket website. This will assist both scorers and the completion of the online scorecards. Must also include the umpires names for in putting onto the system. Any infringements must be reported by email to the executive.
Penalties will be implemented (suspended for the two occasions) and on the third infringement 3 points will be deducted followed by a 2 point deduction for every further infringement.

U10 Matches to be played on the ECB approved pitch length of 17 yards.

The match ball to be used is a 4 ¾ oz Palace Shield , Northern League or Liverpool.Competition stamped cricket ball.

Games shall be played as 10-a-side pairs games of 20 overs (batting 4 overs per pair).7 players to bowl a minimum of 2 overs (except the wicketkeeper, who shall not bowl), with the remaining 2 players allowed to bowl a maximum of 3 overs each. A player who starts an innings as wicketkeeper shall continue as wicketkeeper throughout the innings unless they are injured and unable to continue. If this occurs, the ‘injured’ wicketkeeper may not bowl.

Clubs can agree to play 10 a side (batting 4 overs each pair). If one team has 10 players and the other 8, the side with 10 can play all 10 but with only 8 players fielding at any one time (the players off the pitch to rotate every 5 overs). The captain and the wicketkeeper can remain on the pitch for the duration of the innings in these games.

It is recommended that all the overs will be bowled from the same end to save time and that the fielders rotate round one fielding position at the end of each over. Umpires will need to agree when they are to change ends  (suggest at the end of each batting pair).

If there is a player in the team that cannot physically bowl, then he / she should not be forced to bowl. Please inform the opposing team manager before the game commences if you have someone in your side that will not be bowling.

The score starts at 200 and is reduced by 5 runs at the fall of each wicket. The batsman dismissed shall not face the next delivery. If a side has fewer than 10 players or a player is unable to bat due to injury, all other members of the team shall bat in pairs and then the fielding side shall select the substitute batsman from those that have already batted to make up the pairs.

There will be no LBWs unless the batsman deliberately attempts to defend the wicket with their pads.

A player and their coach  must be warned prior to an LBW decision being given.

Please note that in U10 and U11 matches, the ball is still live at the end of the game until either the umpire calls time, or a boundary is scored or there is the fall of a wicket.

AGE GROUPS ARE BASED ON THE AGE OF A PLAYER AT MIDNIGHT ON 31st AUGUST, IN THE YEAR PRECEDING THE CURRENT SEASON. GIRLS A YEAR OLDER MAY BE ALLOWED TO PLAY IN THE COMPETITION. ANY RELAXATION FOR THIS RULE SHOULD BE SENT TO THE EXECUTIVE.

In all competition, the team scoring the most runs in the completed innings, or within the overs, shall be the winners.

Following the completion of the league fixtures, should two or more teams finish on equal points, positions will be decided by the side having the greater number of wins, being placed the higher.

If this is the same, the team winning the head to head game will be placed the higher, if a tie or no result, teams will then be decided by average net run difference (U10s,U11s and U12s plate) and average runs per wicket (U12s main comp, U13s, U14s, U15s and U17s).

It will be 7 points for a win.

6 points each in a tied game.

2 points each for a no result.

Bonus points to be awarded to the losing team as follows:

The HOME TEAM is responsible for entering the result of the game on the website and must enter a full scorecard as well. Scorecards are required for ALL age groups. The result to be recorded by 10pm the day after the game was played. A full scorecard must be on the website within 72 hours of the game having been played; any home club that fails to do so to be fined £10 for each missing / late result or scorecard.

When unable to enter a player on a scorecard - Clubs should write players name into the Highlights Box, eg Team #4 - M MyersThis will allow the results team to quickly identify missing players and chase these up.

When entering the scores and scorecard record actual runs scored and the system will automatically work out the adjusted score; eg, if your score is 75 for 5, the system will record your score as 275 runs (start at 200) minus 25 runs (5 wickets lost at 5 runs each) = net score 250 runs.

A further £5 per week fine will be incurred where reminders need to be sent.

Where there are unsures recorded this usually indicates that one or more players are unregistered. Where this happens the offending club will be fined NOT NECESSARILY THE CLUB ENTERING THE RESULT / SCORECARD.

Any breach of the Covid guidelines during play will result in a first and final warning under Law 41. Any subsequent breach will result in the award of 5 penalty runs.

A player intentionally spitting or coughing at and within 2 metres of, another person will be treated as a Law 42 Level 4 offence (Offending player to be removed for the remainder of the game)