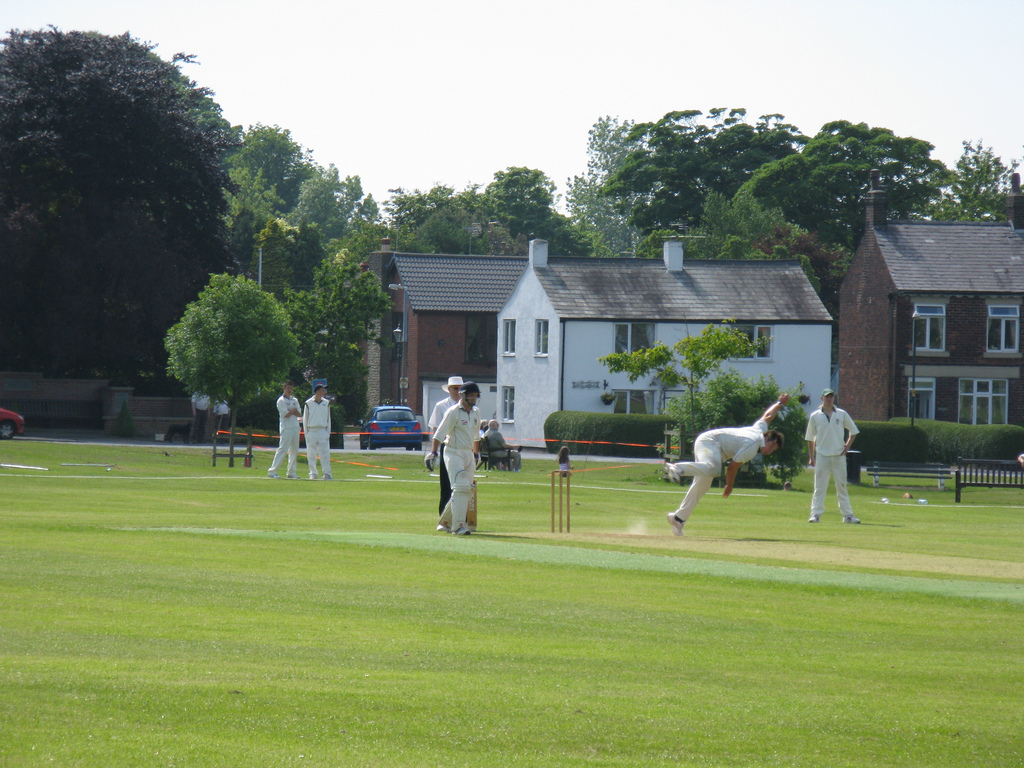 Taken from the Palace Shield Centenary Booklet from 2002

Founded in 1905, Wrea Green is one of the few village teams in the north of England that plays on the Village Green complete with idyllic backdrop of village school, pub, church, and shop. On a fine summer’s afternoon it is a glorious setting to play cricket. Playing on The Green has always posed the club problems with relation to facilities and at one stage in the 1960s a field was offered to the club in front of The Villa Restaurant but the club declined, preferring to remain on The Green. 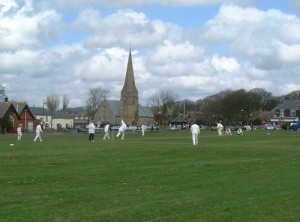 Wrea Green were founder members of the second division of The Palace Shield in 1922 when the star player was Joe McCall, the former Preston North End and England footballer. He was a first rate bat and slow left arm bowler who played in one of his white England shirts. He became the first player to score a century for Wrea Green in a Shield match and also headed the Division bowling averages twice. Many of his wickets came with the assistance of B.Stevenson, the wicket keeper, who was also an opening bat and later became chairman of the club. For many years the club relied heavily on Frank Jolly. Having joined in 1919, he was secretary from 1923-45 and 1st Xl captain between 1928 and 1945. He skippered the side to the first Second Division title in 1931.

By the time the next championship was won in 1949 Dick Wilson, the current President, was the captain. Dick had become a member of the club in 1929 and between the ages of six and twenty five lived in The Grapes. He was captain of the club for twenty years and the side won three Division Two titles on the trot between 1949 and 1951. These were the days before automatic promotion and relegation but Wrea Green stepped up to the First Division in 1952 when the formation of the Northern League saw a number of clubs leave The Shield. Dick Wilson became Chairman in 1958 and President in 1977.

The club’s finest hour came in 1973 when the Meyler Cup was won by beating Loxhams and Bradshaws at South Shore over two evenings in the final. That year also saw the arrival at the club of former Blackpool and Minor Counties bowler Arthur Laycock. He was still an outstanding performer and Wrea Green were ‘A’ Division runners-up twice whilst he was playing. He later became a key figure in the running of the Juniors and also became Chairman. Arthur and the late Vic Maley were the coaches when Wrea Green Juniors won the Rose Trophy for the only time to date in 1993.

The summer of 1994 saw Wrea Green lift the ‘B’ Division crown for the first time since Dick Wilson’s 1951 side and it was now his son, Richard T. Wilson who was captain of the side. The sad demise of Thornton lCl had brought Malcolm Howard and Steve Davies, amongst others, to the club and this was the catalyst to regaining a place in the ‘A’ Division. In 2000 Steve Davies created a new ‘B’ Division batting record by scoring 946 runs. For the last three years a different Wrea Green player has won the ‘B’ Division batting averages with Tim Phillips (1999) and Phil Wood (2001) joining Steve Davies in this unique achievement.