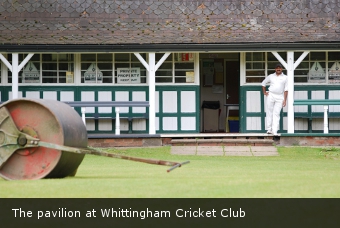 Taken from the 2002 Palace Shield Brochure

Whittingham Hospital was opened in 1870 and became, at its peak, the largest Mental Hospital in the Country. The area where the cricket ground is now was prepared for sport at the outset, so cricket has been played at Whittingharn since the late 19th century,The Club was formed in 1900, as Whittingham Hospital Cricket Club when they started playing inter-hospital staff games, and patients also played. 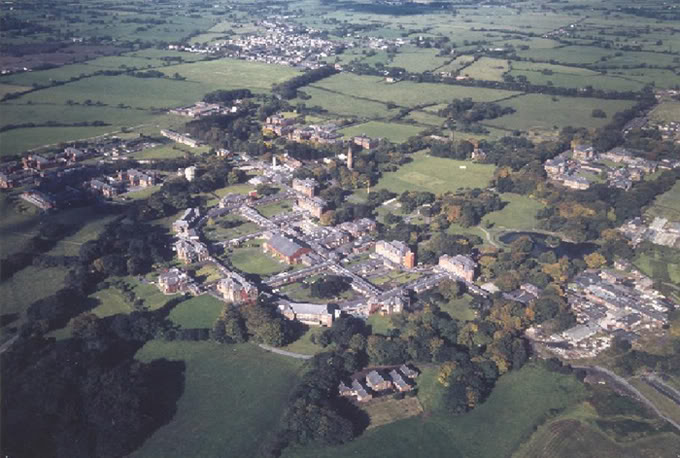 It was the appointment of Dr Grant in 1931 as Medical Superintendent, that brought about changes in the club’s fortunes, He was a sports enthusiast and encouraged the recruitment of staff with sporting ability, as he was very keen to have good class cricket, football,  rugby union and a ladies hockey team represent the Hospital The strength of the teams increased with the number of ex-professional footballers and cricketers from the higher Lancashire and Cheshire leagues obtaining positions at the Hospital. At that time staff were allowed time off during the week to practice and obviously to play in games at weekends,

In 1934, the Hospital entered a team into Division 2 of the Palace Shield. That started the most successful run of any club in Palace Shield history, winning that division for three years, getting promoted to the First Division, and winning the Shield for 10 of the next 11 years, being runners-up in the eleventh. They were joint winners with Thornton l.C.l. for two of those years 1943 and 1944, The club has not held the Palace Shield  since, but have won, or been runners-up in other divisions or cups since that run ended in 1947. Names which spring to mind from that successful period are. Wood, Paynter, Partington. Clegg, Foxcroft and Sampson, all outstanding players. Fred Partington’s scores of 100, 106, and 100 not out, on three successive Saturdays in 1940, has remained unbeaten for 62 years. On the fourth Saturday, he was 69 not out when the team passed their opponents score. Vernon Sampson’s 10 for 16 (8 bowled and 2 LB W) in 1951 was other fine achievement.

When the Palace Shield Competition started a D Division in 1969, the Club entered a 2nd team, and have since entered a team in the Sunday ‘F’ Division. From this year 2002, we will have 4 Junior Teams, one in each of the under 11,13,15, and 17 divisions of the Junior Section.

From the  Club entering the Competition until the late 1950’s, the Hospital supplied and did everything for the cricket teams, prepared and maintained the ground, provided transport to away games, made and sent the teas across to the pavilion and supplied most of the kit and equipment. Following changes at the hospital, financial support for the sports teams gradually reduced and the continuation of the cricket team from that time until the early 80’s was due, in no small part, to the efforts of Ted Frimston. His love of cricket, and of Whittingham C.C in particular, ensured that cricket continued to be played on the beautiful hospital ground through many difficult years. As more non-hospital employees joined the club, a great contributor was Harold Jackson. It was through his efforts that a 2nd team was formed and in 1972 he started a junior section. In more recent years Derek Blease has made a massive contribution, particularly in the maintenance and improvement of the ground, including the playing and practice facilities and also the raising of funds that has enabled the tasks to be carried out.

Apart from those mentioned, many others have played a real part in the constant effort to keep the club viable during the last 30 years. Now, during this transitional period, until the future of’ the area of the estate which is going to be sold off, is settled, the club members will have to work hard to raise the necessary funds required to keep the club afloat.