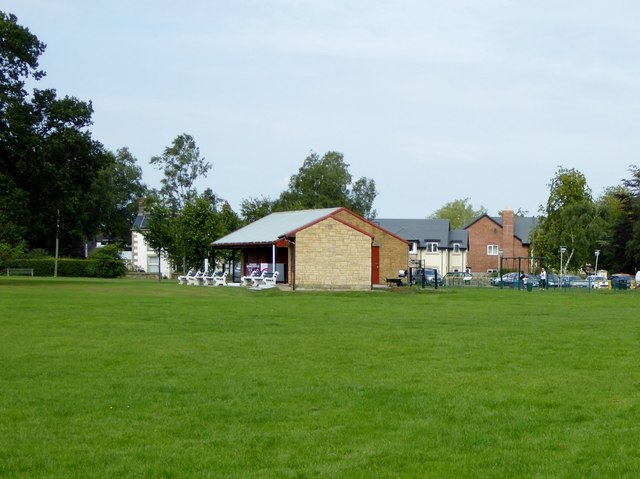 In 2011 Grimsargh and Harris Park merged. Below is the History of both clubs that was produced in the 2002 Palace Shield Centenary Booklet

In 1949, Herbert Mallott along with Jack Wild, Ted Melling and Arthur Barnforth were anxious to put Grimsargh on the cricket map and formed Grimsargh Cricket Club. The home games were played on the Grimsargh playing fields and the club enjoyed it best season in 1952 when it reached the final of the Makinson cup playing in front of 3,000 spectators. Sadly, the club was disbanded in 1957, due to a lack of players but was reformed in 1977.

Our emblem is very similar to Preston’s Coat of Arms, a white lamb in front of wickets and our mature members will remember a time when a live lamb was present­ed in The Plough to the Player of the Year.

In the early days, changing and tea facilities consisted of a tent on the green. Seven years of fund raising and help from the Harold Bridge’s Foundation, from the Foundation of Sport and the Preston Harris Charity,  with an enormous amount of fundraising by the Club itself, culminated in the-opening of a brand new cricket pavilion in 1995. The team has since gone from strength to strength and is now well established in the Palace Shield, also playing in the Boddingtons Village League and the National Village Championship, in which we have previously won the area final.

At this moment in time, season 2001, we are Champions of the Palace Shield E Division and will go into the D Division in 2002, hoping to make further progress. The Club is also very enthusiastic over getting the  Junior Section going again.

Members were involved in the cheeky and raunchy 2002 Calendar, which local photographer and playing member Phil Garlington has produced. This is going on sale with the proceeds going to Manchester Children’s Hospital, recognising all the help they have given to Cameron, son of playing member Andrew Small, who has been in and out of the hospital with a life threatening blood disorder,

The club was founded in in 1932 under the name of Bradshaws and Loxhams. Ewart Bradshaw, owner of a chain of garages in the Preston and Blackpool  areas, along with Bob Charnley and Billy Rose  were founder members.

The club first played at Longton moving to share a ground at Ashton Park with Dick Kerr’s, now BAC/EE Preston. Then Ewart Bradshaw bought the picturesque ground at Greyfriars where we spent 37 very happy years. In 1977 Greyfriars was sold for development and we were given six months notice to quit. The club played on the ground at St Cuthbert Mayne High School for five years whilst a new ground at the Harris Orphanage in Fulwood was being developed. A 30 year lease was agreed with Lancashire County Council, later transferred to The University of Central Lancashire. We are grateful to the Harris Trust Committee for all their help.

The club’s name has changed three times, from the original to Loxhams and Bradshaws, then  to Dutton Forshaw and now Harris Park.

This will be our 70th season in the Palace Shield Competition and we have had success in winning trophies, particularly in the 1950s and 60s, having won a total of 45 trophies in 70 years – not a bad average. This includes the Palace Shield eleven times and the Meyler Cup eight times.

We have provided the Competition with Executive members, Bob Charnley, Chairman and President for many years, Bob Millward, Vice Chairman and Arthur Rose, Secretary and Treasurer for 35 years.

We have had several Preston North End players in our ranks, Eddie Quigley, Joe Marston, Joe Walton and Angus Morrison and everyone will remember Mal Dyer, who hit the ball many a mile, in true West Indian fashion. What entertainment he has given – he is still playing in our second team.

It has been an honour for our club to stage many Cup Finals on our ground, both Senior and Junior, also many representative games including those against Lancashire Club & Ground